← back to
Kill Rock Stars
Get fresh music recommendations delivered to your inbox every Friday.

The Shapes We Make

by The Mary Timony Band 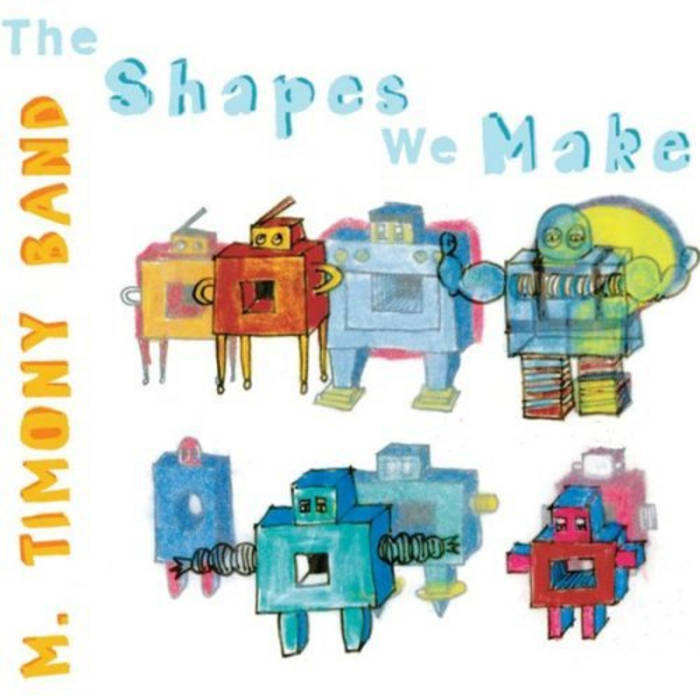 Contrails Over Boston this record is incredible! Thank you!

brodydjohnson I didn't know about this record or Mary's solo album Ex Hex until a few years after they came out. Discovering them was like finding a forgotten $20 bill in your winter coat, which is to say, a nice surprise. Check out Pause/Off on this album and Backwards/Forwards on Ex Hex. Two song titles with forward slashes and two of my favorites! Favorite track: Pause/Off.

The Shapes We Make, the Mary Timony Band’s debut on Olympia’s Kill Rock Stars, represents the latest stage in the evolution of one of the most important voices in underground music. Flowing from the mystic prog laced veins that have informed her art for the past decade, The Shapes We Make builds upon the stark rebellious austerity of 2005’s Ex Hex and imbues it with warmth and formidable urgency. Equal parts clairvoyance and virtuosity, Mary Timony and the musicians that she surrounds herself with paint in broad strokes a vivid landscape of colorful musical shapes.

Timony’s guitar remains at the forefront and she plays with a confidence and flair reminiscent of the guitar work in her former band Helium. On songs such as “Rockman” and “The New Song”, lush instrumentation and the addition of Chad Molter’s powerful bass playing, have freed Mary of the constraints of a duo, allowing room for her guitar to breathe and drummer Devin Ocampo’s polyrhythmic flair to reach percussive apogee. She conjures epic balladry in the airy, music box like charm of “Windows”, which highlights her unique piano voicing and Ocampo’s precise and syncopated drum work. Mary’s signature vocal stylings and lyrics are present throughout and remain esoteric and charged with rich imagery drawn from a vocabulary steeped in symbolism.

Basic tracks for the The Shapes We Make were recorded by Jay Robbins (Jawbox, Dismemberment Plan) at his Baltimore studio, Magpie Cage, in July of 2006 while additional tracking and overdubs were recorded and produced by Ocampo in the attic studio of Timony’s Washington, DC home. Her home studio provided the freedom and sanctuary that allowed Mary to focus on fully realizing her vision and art. Much more than a gifted crafter of melody, Timony is a talented multi instrumentalist, recording among other things, intricately layered keyboards, banjos, analog synths, viola, the melotron and a vintage Casio PT1. Keep an eye out for the upcoming video for the single “Sharpshooter” created by the awe inspiring art collective, Paper Rad ( HYPERLINK "http://www.paperrad.org" www.paperrad.org).

Mary Timony’s musical foray began when she attended Washington, D.C.’s Duke Ellington School of the Arts, where she studied guitar, upright bass and viola. In 1990 she went on to play guitar in the all-girl Dischord band Autoclave, which culminated with a 10” self-titled record release in 1991. Timony graduated from Boston University with a degree in English literature and in 1992 stepped-up to front the Boston-based indie trio, Helium. The group, characterized by dynamic guitar shifts amidst a wall of distortion and Timony’s seraphic vocals, issued its first EP Pirate Prude on Matador records in 1994, which was followed-up by The Dirt of Luck LP and Superball+ EP in 1995. It was No Guitars and The Magic City (1997) however, that marked Timony’s footsteps into the prog-rock arena and first exhibited her attraction to fanciful imagery.
In 2000 Timony released her debut solo album Mountains and in 2002 The Golden Dove followed--both Matador releases further developing her nonpareil song craft and all things rock and prog. 2005’s Ex Hex, on Lookout! Records proved a return to form as Timony’s guitar once again took presidency over the keyboards featured on for previous solo efforts and forest imagery moved into the aural backdrop. Timony returned to D.C. and recruited Ocampo for his deft drumming and Fugazi’s Brendan Canty for his production talent prior to recording—these distinctions resulted in an overall post-rock aesthetic and a more raw sound.

The Shapes We Make is an amalgamation of Timony’s musical history—listen closely and you can hear Autoclave guitar licks on “Curious Minds”, and “Window” features Timony’s voice in the high-register, Pirate Prude-style. The prog-rock influence is there but the rougher sound of early Helium comes through on the powerful opener “Sharpshooter” proving that Mary Timony is still moving forward and finding new ways to use all she has learned to make great records.

Bandcamp Daily  your guide to the world of Bandcamp